Another Sunday is well under way. Happy St. Patrick’s Day to everyone who’s into that. I’m still processing the verdict in the Steubenville rape case and wondering at the insanity of the news coverage of it all. Those poor rapists and their ruined lives. The pity party going on for them is just outrageous.

Well, you know what? If you don’t rape people, you don’t ruin your life. Pretty simple. Maybe try that the next time the option presents itself.

Anyway, let’s see what else happened on the internet this week.

Pope Francis Vs. Black Francis
Well, the Catholic Church has a new pope who took the name Francis. It was only a matter of time. Thanks, Mother Jones, for doing it first.

The Rhetorical Power of Pig Pain
Shakesville’s super takedown of Richard Dawkins’ assholish tweeting about abortion this week. FYI: fetal pain is a myth. This guy is supposed to be a scientist?

The Art Of Asking: For Writers And Storytellers
Chuck Wendig at Terrible Minds ponders AFP’s amazing TED talk. What does it mean for writers?

Dad hacks Donkey Kong for his daughter; Pauline now saves Mario
Ars Technica on the latest Donkey Kong hack. I heard about this on NPR earlier this week. Neat!

Happy St. Urho’s Day, 2013
I like this idea for a holiday better than St. Patrick’s Day, really. Bug Girl’s Blog gives us the lowdown.

What if “it” REALLY were an inside job, not a terrorist attack?
Teacherken over at Daily Kos has the inside scoop. The truth seems pretty clear.

As promised, here are this week’s links brought to you live from snowy southern Vermont, although not as snowy as more southern reaches of New England. Wishing everyone snowed in or without power quick and efficient snowplowing and utility repair. Ready for the ice tomorrow? Ick.

Mobile Telephone Telepathy Test
Rupert Sheldrake is looking for volunteers for his telepathy experiments. Yes, telepathy. There is a surprising amount of evidence for the existence of ESP, but you won’t hear that from the debunkers. And, really, if your “experts” on this subject are known anti-feminists Michael Schermer and Richard Dawkins, you might want to be a little more, you know, skeptical.

Catnip: Egress to Oblivion
A short documentary on the most dangerous gateway drug there is.

Seventh Grade Girl Builds Rocket, Sends Hello Kitty Into the Stratosphere, Makes Epic Video About It
Okay, I tried to build a computer in eighth grade, so, points for effort, but Melody Green wins all the prizes. So cool. 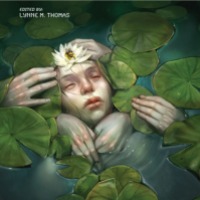