Monday again! And it’s March. That means spring is on the way. *looks at the thermometer* Right?

Since I messed up not celebrating Black History Month until the very end, it feels even more important to me to start off on a better foot with Women’s History Month. Going to start with one of my very favorite musicians, Joan Jett, an older woman (she’s 55) who still rocks hard. Her new album Unvarnished came out at the end of last year, and the official video for the first single “Any Weather” came out last week. She says in an interview that it’s a love song to the Earth. I’m still trying to figure out the kid with the rock…

And if you’re interested, here’s an behind-the-scenes interview with Jett about the new song/album, etc.

Who would you like to see on Monday Morning Music for Women’s History Month? Let me know! 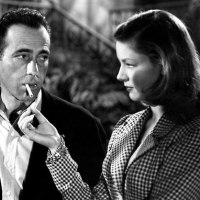