It’s actually been feeling like spring this weekend which is a very nice change. Especially since we’re mostly out of firewood. There might even be garlic planting today, if enough snow melts off the garden.

Fortunately, the weather isn’t an issue when it comes to sharing links. Here’s what struck my fancy this week. What cool stuff did you find? Let me know with a comment, if you like.

Public Shaming is a Better Example of “If it feels good – do it” than Teen Pregnancy
Brené Brown on the ineffectiveness of public shaming. Have you seen those Georgian anti-obesity ads and the new NYC ads shaming teen mothers? Gross!

Bicycles: Making good women go bad since the 1800s
Sam B. over at Fit, Feminist, and (almost) Fifty writes about bicycling in the 1800s and the influence it had on early feminists.

Easter Is Not Named After Ishtar, And Other Truths I Have To Tell You
If you’re going to make a big deal about how a Christian holiday is really pagan, you might want to get your facts straight, Mr. Dawkins. The Belle Jar sets him straight.

Losing my religion for equality…by Jimmy Carter
Former U.S. President Jimmy Carter shares his thoughts on leaving the Southern Baptist Convention because of its misogynist attitudes.

Second-Hand (E) Books
Something to keep in mind from Women and Words. As a writer who hopes folks will buy what I write, this makes me quite nervous.

Is The USPS More Likely To Lose Boxes Emblazoned With The Word ‘Atheist’?
You know, I’m one of those wierdos who loves the U.S. Post Office, but if this is actually a thing? Not cool. 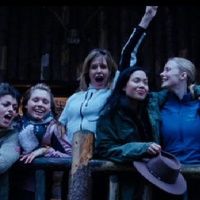